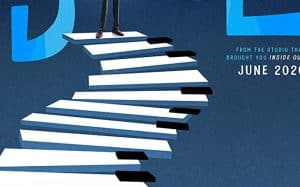 Representing our most intimate essence, trying to tell that quid for which each of us is unique are the challenges of Soul, the new Pixar film, which will be released in the summer of 2020. Once again the production house of some of the most innovative films of recent years – from Wall-E to Up! – aims to investigate the human soul. After Inside Out, who tried to imagine the source of our emotions, Pete Docter tries to give body to something ethereal as the soul source of our passions and our dreams.
Star of the animated film Soul is Jamie Foxx who plays jazz musician Joe Gardner. Not many people know that the actor actually also has a career in the world of music as a singer for a discography that currently includes five records including ‘Unpredictable’, which at the time of release in 2005 reached the first position of the US Billboard 200.
The synopsis of the film reveals the starting point of the story. It is a demanding question: “Have you ever wondered where your passion, your dreams and your interests come from? What makes you the way you are?” In Soul, a music teacher and musician with a Jazz ensemble finally has the much desired opportunity in his life, but mysteriously due to an accident his soul is separated from the body. Its astral identity reaches a meeting place called “You Seminar” where souls develop their passions before being transported to the bodies of unborn children. Joe’s soul in this wandering also encounters 22, another soul that has remained trapped in You for years. The reunion between Joe and his most intimate part is not a foregone conclusion.
The cast of the actors called to the original dubbing of Soul reserves a huge and welcome surprise, to give voice to the mother of the main character of the film, Joe Gardner, we find Phylicia Rashad who for many in Italy is simply Claire Robinson of the famous sitcom of the eighties I Robinson.