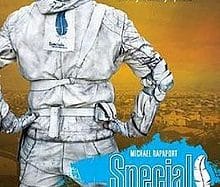 Ryan is a gay man with a slight cerebral palsy who decides to rewrite his identity and finally pursue the life he wants. After years of internships without prospects, working in his pajamas as a blogger and communicating mostly via messages, Ryan understands how to turn his squalid life into a chic one. Based on “I’m Special: And Other Lies We Tell Ourselves” by Ryan O’Connell, the author of the series.