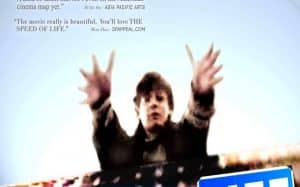 What would happen if David Bowie’s death created a passage in time? June and Edward are in the middle of an argument when Edward falls into a wormhole created by Bowie’s death, vanishing without a trace. In 2040, June continues to cry Edward as he faces the Orwellian dictates of the new society. While June plans his escape, Edward suddenly reappears, without having grown a day old.