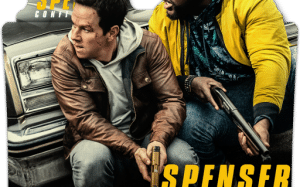 Spenser is an ex-policeman who just got out of prison, where he ended up because of a machination against him that aimed to completely discredit him: in addition to making him lose his uniform, in fact, he was just stuck to the point of ending up in prison to remove him out of the way after discovering the ramifications of a drug cartel. Returned to his home by his former boxing instructor, the caustic and elderly Henry, Spenser finds himself having to share the room with his old mentor’s new protege: the African American talent Hawk. While the strange trio begins to get used to his new life together, however, a mysterious murder takes place directly linked to the facts that led Spenser to prison: the ex-policeman thus decides to finally shed light on the city drug trafficking and its implications for the inside the same police force.
Behind the camera we find Peter Berg, in his fifth consecutive film with Mark Wahlberg as the protagonist.
In fact, it is one of the most stable partnerships in Hollywood and one of the most prolific, given that all five of these titles have been produced in less than eight years. Berg is an expert director of film action but this is his first test with a “pure” detective: Boston – Manhunt is in fact a film so sui generis that it cannot really be classified as such. Spenser Confidential, on the other hand, is a full-blown buddy cop movie even if, curiously, neither of the two protagonists is a law enforcement agent.
“Spenser can’t stand injustice, can’t bear to see innocent people wronged: it’s right in his DNA. And so he puts his nose where he shouldn’t, which usually leads him to be punched, but he’s the type in person there, “said Mark Wahlberg.