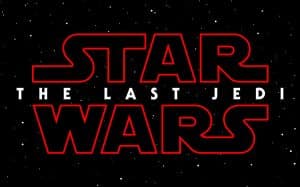 The “galaxy far far away”, which has long been a galaxy of nostalgia, has become closer since Disney took over the reins of the space opera, and has relaunched the prosecution. After the awakening of force, signed J.J. Abrams, it’s time for Star Wars 8: The last jedi, written and directed by another director grew up in the myth of the Star Wars and characters created by George Lucas, Rian Johnson. The fact that the new era of the franchise to be entrusted to this generation of creative is not something marginal: repositories of knowledge and a taste acquired as part of the passion, the Abrams and Johnson are the interlocutors of an audience that is mostly composed of fans, old and new, the Star Wars universe, who has needs and expectations, to favor and overturn.
Johnson is revealed as part of the first independent film, with a rather dazzling debut, which was Brick, in 2005. Presented at International Critics’ Week at Venice, and went out in the hall two years later, the film put under the eyes of all also the talents of Joseph Gordon-Levitt, engaged in a sort of one-man-show of interpretation in the role of a high school student who finds himself investigating a mystery surrounding his ex-girlfriend, in a pastiche hardboiled from the setting totally suburban and student. Something so original and unusual, that Johnson was forced to produce it themselves, or almost. Assured that the production of Episode VIII did not have reserved such problems, it is expected from him a script up to its reputation, especially in the field of dialogue, able to silence the chatter saputelle and preventive network, main place of the pre-judgment widespread practice.
While the third chapter of the third trilogy, except for the name of the director, Colin Trevorrow, still remains in the thickest secret (and you can imagine that it is struggling with the management of the untimely demise of Carrie Fisher), the rumors on the eighth film of the saga of the Skywalkers are too many. For the first time in the history of this franchise, the narrative could resume in continuity with the checkpoint Episode VII, ie from the moment of encounter between Rey (Daisy Ridley) and Luke (Mark Hamill), and will certainly have to do with the origins of Rey. Come what may, what the Johnson’s film is called loudly to do now is to overcome its immediate precedent, he had been forced, in one way or another, to re-establish the chessboard on which to move new characters, and he had chosen to do it taking as a model the dramaturgy of the original trilogy. Many have thought and written that Abrams had no choice, in this sense, that the way of the cast was the only possible way, for many reasons, including the need to “wake up” a strong desire to return to ‘ Adventure of the origins and enthusiasm tied to them and not to another. What is certain is that, with Johnson Episode VIII, and then Colin Trevorrow with Episode IX, in exactly two years, will not be granted the same ploy.
All that remains is to rely on Rey, the young heir to the burden and honor of the champions of the galaxy, but also of an old project by Lucas himself, a Luke Starkiller female, then shelved, perhaps, for the times (these) that had to come. Scrap craft and perhaps in fact, unknown and charismatic enough to ask and get our confidence, Rey and his fate are the answer to all the questions still unresolved: that the force be with you.