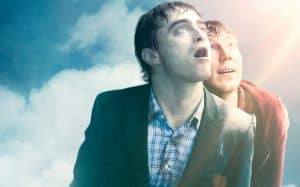 Hank, a hopeless man, attempts to suicide but sees something on the shore. Lost for a long time in the wild nature of an island, Hank sees a corpse whose origins are mysterious. But it does not matter to him: that corpse will embark on an epic adventurous journey to go home. Hank also decides to convince the dead body of how life is worth living. Will it succeed in the surreal enterprise?