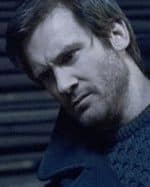 Bryan Mills becomes a hero in a short time. During a train journey, he is assaulted by a group of criminals who kill his partner. But he manages to block them. His ability to react is noted by the CIA who decides to recruit him. His life will change radically.
Luc Besson is the executive producer of the tv-prequel series of the film of the same name Taken with Liam Neeson.