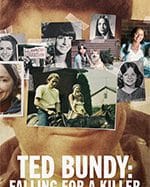 Ted Bundy- Falling for a Killer

A five-episode Amazon Original docuseries that traces the long relationship of the famous serial killer Ted Bundy with his girlfriend Elizabeth Kendall. The docuseries frames Bundy’s crimes from a female perspective by revealing how much Bundy’s hatred of women clashed deeply with the feminist movement of the 1970s, culminating in the most famous crime story of our times. After nearly 40 years of silence, Elizabeth Kendall and her daughter Molly share their experiences with disturbing new details about Bundy, her attraction to women and an archive of never-before-seen family photos. Their stories will be joined by a chorus of other female voices, including some survivors of the Bundy attacks, coming forward for the first time with chilling details that will change the way of telling the story of this famous serial killer and will also trigger a discussion about gender politics, a hot topic of recent times.