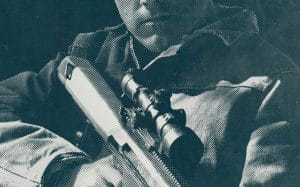 And autistic genius in mathematics Christian Wolff follows the accounting of some criminals course under a false name. At one point it hires the Living Robotics at the request of an accountant who has found holes in the accounting of the company. Wolff simultaneously begins to be stalked by secret State Department, up to a showdown that will significantly change its existence.
There once was a problematic child harassed by his father and protected by the mother. But one day the mother leaves the house, the little one with her little brother are meticulously kept by the parent left imposing their strict discipline and very tiring. Christian, who apparently suffers from a form of autism does not light, the worse their health up to move away from what was left of his loved ones. Cut to: a bespectacled man but healthy does count at the speed of a robot, and it never breaks down. It is the evolution of the adult Christian, always clearly autistic but also brilliant in the counts. Cut to a quick and loud gunfire, an escape, several secret places and manhunts.
The Accountant, signed by the American Gavin O’Connor, who became famous for Warrior, is a muscular roughly films which vibrates seamlessly on criminal of action movie ropes. Crime mixes with strong powers, and as a filter survives this hero “otherwise super”, solitary individual and forcibly habit, capable of gestures that even he understands. On the other hand “diversity eventually he scares” was being repeated obsessively by the owner’s father: a psychological weight on a balance aggravating already precarissimo. In the background the violent and agitated America tax evasion, fraud, illegal trafficking of desirable and dangerous goods. The accounting Chris comes to terms for all and all, but it will pay costs personally. In the end, no spoilers, a win is a nemesis-twist.
Long movie, confused and not particularly attentive to the description of autism, as film, The Accountant finds its primary weakness in too ambitious screenplay by Bill Dubuque, at which even the good performance of Ben Affleck manages to compensate.