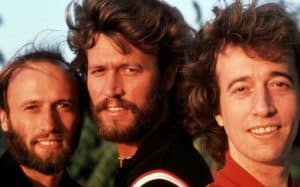 The Bee Gees- How Can You Mend a Broken Heart

Anyone who imagines the parable of the Gibb brothers, namely The Bee Gees, as the unstoppable rise to success of the “king of disco music” will probably be disappointed or amazed. Because that of Barry, Robin, Maurice and Andy Gibb is a much more complex affair, full of ups and downs, of sudden changes and unexpected turns, as Frank Marshall exemplifies in How Do You Mend a Broken Heart. A classic musical documentary, which builds the sensational pages of his novel starting from the declarations of the protagonists, witnesses and heirs of a successful and customary phenomenon like the one that shocked the world forever in 1977. A narrative that revolves around a soundtrack that changed the history of music, accompanying the exploits of Tony Manero and his friends in Saturday Night Fever and which – today it is understood in all its evidence – allowed the outcasts of society then, gay or African American, to find a ransom on the dance floor.
Spiritually guiding this revival is an unlikely trio of Australian brothers, who have reached the stratospheric success of “Stayin ‘Alive” and “More than a Woman” after having melted and recomposed, after having almost ended up in the oblivion of pop.
How Do You Mend a Broken Heart begins in 2017, when a melancholy Barry Gibb, the eldest and only survivor of four brothers, recalls the parable of the Bee Gees, starting half a century earlier. The first stirrings on the wave of the Beatles or Otis Redding’s rhythm & blues – the magnificent “To Love Somebody” – follow the decline and resurrection, as the leader of disco music.
Woe to define it as such, however, given how within a few years “disco” became from a generalized phenomenon synonymous with junk music, with surrender to commerce, to the point of inspiring gatherings with vinyl fires in the cry of “Disco Sucks!”. The primary objective is the Bee Gees, who suffer from the change of atmosphere and retreat more and more into the shadows.
Marshall does not invent anything new on a stylistic level and indulges in some dubious choices, lingering too long on the tears of some witnesses, but he constructs an exciting novel. Also thanks to the music of the Bee Gees, listened to by entire generations (more than 220 million records sold), celebrated, inflated, opposed, mocked but still aged much better than more haughty and less pop ingenious works.