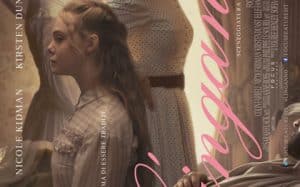 At the height of the Secession War, in the deep South, women of different ages who remained in an internship for girls of good family give shelter to a wounded soldier. After having looked after and refreshed, he remains confined to his room, however, attracting everyone’s attention in various ways. The tension will increase by profoundly changing the relationships between them and the host.
When Sofia Coppola announced that she had decided to make the remake of La notte brava by soldier Jonathan and when, afterwards, the first images were seen, everything made us think of a new creatively innovative incursion in a historically well-defined past as cinema it happened for Marie Antoinette.
It is therefore a bit disappointing to note that, this time, the miracle did not occur. Obviously we are not in front of a bad movie and it would also be not very productive to investigate what is stored in the original and how it has been changed.
The problem lies in the choice of a subject who at that time represented a fixed point in a cinema that re-read the past looking at the present and still remains a valid film despite the flop at the box office. The times are obviously changed so Sofia Coppola decides to privilege, once again, the analysis of reactions in a female microcosm.
It is this ‘once again’ that ends up weakening the overall assumption. Corporal McBurney no longer has the symbolic value of a body (at that time that of a young Clint Eastwood) who from the object of desire comes to be an object of martyrdom, referring to a crucified and deposed Christ. Coppola prefers to investigate the looks and postures of women who have internalized good manners and try to transmit them to the younger generation while under the skin and crinoline hatches impulses that the society of the time can not recognize them. Like the suicide virgins, like the Queen of France … like the characters and the stories she loves. This does not prevent her from going from one genre to another within ninety minutes and doing it with the sharpness but, in this case, also with an appealing lightness. But the projection ends with the sensation that the screenplay, like the armor of Corporal McBurney, has undergone a treatment that is both persuasive but too drastic.