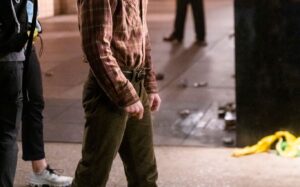 The Crowded Room, a project that had been on hold at the New Regency for a decade, is adapting Daniel Keyes’ book for the big screen. It tells the story of Billy Milligan, a man with 24 multiple personalities. During a trial for the robbery and rape of three women on the Ohio State University campus, Milligan pleaded mentally ill and was able to prove that two of his personalities, the lesbian Adalana and the Yugoslav communist Ragen, had committed the crimes without that he was aware of it. For this he was acquitted.
Leonardo DiCaprio has stated that he has been waiting to play this role since 1997.