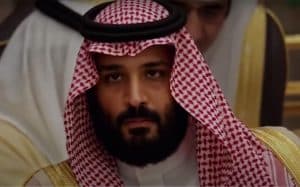 A documentary that shows the mechanisms of power at the highest levels, denouncing the labyrinth of falsehoods behind the murder of the Washington Post journalist Jamal Khashoggi inside the Saudi embassy in Istanbul. Offering an impressive number of unreleased footage and exclusive testimonies brought by the people most involved in the affair, including Hatice Cengiz, Khashoggi’s girlfriend, law enforcement, Turkish prosecutors and the young Saudi dissident Khashoggi was working with. The Dissident is a story of money, tyranny and runaway technology. Every single piece of evidence leads directly to the Saudi Crown Prince Mohammed bin Salman, who has stopped at nothing to cover up the affair around the world. At the center of the film is the figure of Khashoggi, a reformer of sound principles who sought to bring about a fairer and more open society in his home country of Saudi Arabia. The Dissident shows that, in today’s world, no one who opposes the strong powers is really safe.