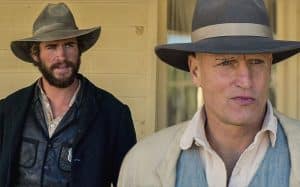 A Texas Ranger and Mexican wife were sent to investigate in a mysterious border town, Helena, where several dead Latin corpses were transported on streams by streams. They will find that in the idyllic community that lives there, not everything is what it looks like.
Matt Cook’s screenplay appeared in the Black List of 2009.