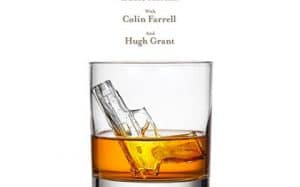 It is the latest film by British director Guy Ritchie, best known for directing Snatch and the two Sherlock Holmes with Robert Downey Jr. It is The Gentlemen, based on an original subject: it tells the story of an American, Mickey Pearson, who he made his fortune in London by setting up an authentic empire based on the illegal sale of marijuana. When Pearson decides to sell all that is left to him and retire forever from the sector, however, the situation degenerates because many aspire to replace it and take possession of all that is his.

After Operation U.N.C.L.E. (based on a 60s TV series), the live-action Disney Aladdin and King Arthur – The Power of the Sword, Ritchie finally returns to direct a film that he wrote in first person and which boasts a completely original and unrelated subject pre-existing intellectual property or a franchise project.

The story behind The Gentlemen was conceived by the director himself together with Ivan Atkinson – his trusted historical collaborator – and Marn Davies, in fact allowing Madonna’s ex-husband to return to work as at the beginning of his career. But it’s not just the production process that makes us talk about a return to basics for Ritchie; the English director returns to the theme that allowed him to stand out at the beginning of his adventure as a director: crime.

Filmed between late 2018 and early 2019, The Gentlemen boasts a top-notch cast that, with the exception of Matthew McConaughey alone, is made up of only British actors. Alongside the highly acclaimed protagonist of Dallas Buyers Club and Interstellar, we find: Hugh Grant, Charlie Hunnam, Henry Golding, Michelle Dockery, Jeremy Strong and – last but not least – Colin Farrell. In short, among very good characters, TV stars and actors with big names, the talent available to the director is really a lot and, moreover, Guy Ritchie is very comfortable with choral films.