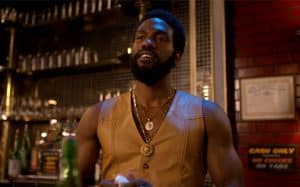 A musical drama set in the seventies in New York created by Baz Luhrmann and Shawn Ryan. In New York on the verge of bankruptcy born hip-hop, punk and disco. The story will be told through the lives and music of the children of the South Bronx that changed the city and the world … forever.