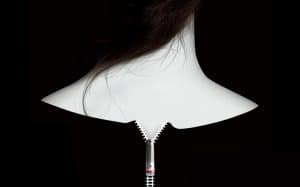 The Girl On the Train

Rachel is a woman in grave crisis: divorced, still in love with her husband even though these have a new family, she finds refuge in alcohol only. He trains during his travels to and from work looking out the window a couple of young and begins to identify with the girl, Megan, beautiful and full of life. When he discovers that this is having an affair with another man, he relives his trauma a second time and loses control. When he wakes up and discovers that Megan disappeared can not remember if it was a witness or protagonist of his disappearance.
Based on a bestseller by Paula Hawkins, Girl of the test train to revive the glory of the classic yellow coloring of sexy shades and psychological investigation into the mind of an alcoholic. But the film Tate Taylor lacks severely in the basic elements of a cinematographic work, in its essential components. Primarily the screenplay, adapted from a novel centered on the thoughts of his protagonists and difficult to transpose on the big screen: the scan time of the story, with its leaps forward and backward, it sounds wholly artificial, unless it is supported by narrative needs or add a significant nuance to the film. The cast also assembles actors in itself excellent, adapting them to roles that are not theirs: Emily Blunt, as ugly, still distant from the protagonist of the novel; Edgar Ramirez indulges in a Spanish accent while playing a psychoanalyst clear Middle Eastern origin (Kamal Abdic); and so on, in a context of a general disregard for the credibility of every detail.
The presence of Blunt and its inevitable extra-diegetic star value of empathy seem the only justification that is created between the viewer and the character, even in the face of incomprehensible or reprehensible actions of the latter. But Taylor’s direction, rather than relying contrast, supports him, canceling at source: the contradictory mystery of which feeds a whodunit. We can never really believe that Rachel is guilty of some irreparable act? We can empathize with her when she unleashes her anger in a bathroom vowing to want to kill with his hands Megan for the sole reason to betray her husband?
But if the fundamental The Train girl does not excel, even the special help to save the movie Taylor, the director of a mediocre biopic about James Brown (Get on Up): Haley Bennett has a body and a physicality that make it believable as sex symbol, but the expressiveness needed to make the complex personality of Megan. As well as the contrast between the whiteness of internal maniacally cared for by their tenants and turbid intrigues that are established between them does not go beyond the stylistic worn by Peyton Place onwards. Everything already (and better) as told by Lynch, Kasdan and countless other directors of yellow and noir, without the use of metaphors such as fitting epilogue, which combines the three protagonists of the tragedy in three Graces, united by the same path in life. The sensual body (Megan), the mind subjugated (Rachel) and the maternal instinct (Anna) are finally combined in a single entity, freed from the shackles of a tormentor fallocrate. visual quite didactic and unnecessary appendage.
Mention for the music of Danny Elfman, the only salvageable part of a transposition destined to disappoint both the fans of the novel that his detractors.