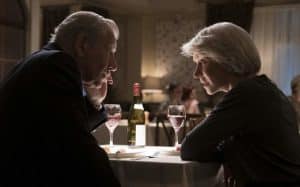 Young couple Ian McKellen and Helen Mirren promise to make this movie a fascinating thriller.
The film is the thriller The Good Liar, based on the novel by Nicholas Searle. Sir Ian McKellen is referring to an apparently well-known widow as Betty. Betty is interpreted by Dame Helen Mirren.
The con man Roy Courtnay meets the rich widow Betty McLeish online and begins a relationship with her. His criminal intentions, however, soon leave space for the birth of a feeling that could change his life.