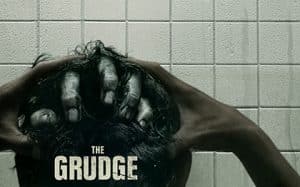 Reboot that wants to be a bridge between the original and frightening Ju-on and the equally horrifying The Grudge, is the new film of the horror saga that thus reaches the fourth chapter keeping the title The Grudge. This time we are directed by Nicolas Pesce, while the cast is particularly rich with Andrea Riseborough and John Cho, plus Elizabeth Folan Gilpin.
The cast also included the presence of a true icon of American horror cinema such as Lin Shaye: born in 1943, he was present in the first Nightmare, but also in Critters, in Amityville – A New Generation. More recently in films like Tales of Halloween, Ouija and then Ouija – The origin of evil, and many others.
At the center of the story, this time a single mother and police detective played by Riseborough who is investigating, involved by a real estate agent (John Cho) on the presence of a house that seems inhabited by a ghost looking for revenge. But investigations widen by finding connections with different blood events and the monster seems to be able to free itself from the limits of the house where it was confined. So there are some canonical, “gender” passages, such as the house with an ancient style and sinister noises, a shower of the protagonist, this time male, which can only end badly, and even a child in danger and threatened by the dark presence.
The film promises to be more aggressive, darker and more realistic than the previous ones. But what probably matters most is that the new The Grudge maintains the same principles at the base of the saga, that is, that violent deaths leave in the places where they happened like doors, angry and just rancorous spirits, looking for revenge. It is not to be overlooked that the director here screenwriter together with Jeff Buhler (co-writer of the recent Pet Sematary remake) fits in the wake of the first film of the western saga, that of 2004 and in practice wants to represent a sort of remake and continue together, however, managing to connect with the Japanese demon who terrified in Ju-on.