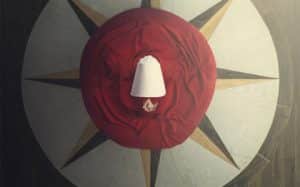 It is not science fiction. And it was not even three decades ago when Margaret Atwood’s novel “The Tale of the Girl” debuted with its chilling parable of the most repugnant and plausible twentieth century dystopias. “Handmaid’s Tale” (original title of the book) is the series that will debut on TimVision in September inspired by the story of Difred (and supervised by Atwood, production consultant), a young woman used as a mare in a fictitious reality where the United States left the place to Gilead, a puritanical and bigoted totalitarian government that shields religion to justify systematic rape and innumerable, unspeakable other abuses.
The first season of The Handsmaid’s Tale (which has already done emmy nominations in the main categories) describes how the threat of extinction and the perversion of religion have provided the tools to a handful of greedy to erect a government that, sweeping away every bit of democracy, he plunged humanity into the Middle Ages.
Obscurantism and homophobia are flanked by a contemptuous misogyny disguised as a celebration of motherhood: the human genus, poisoned by radiation, has stopped – in fact – of procreate, and the few births are rarely healthy.
Systematically, women – all women – have been deprived of the right to hold a bank account, to express their opinion and to travel freely, officially to cope with the risk of extinction. The Handsmaid’s Tale is the story of June, an emancipated and intelligent mother who is hunted down, isolated and re-educated in subjection to the sound of Pavlovian torture and re-education to become a mare sanctioned by the sacredness of the Bible. On the façade, a holy and gentle devotee who willingly sacrifices herself by offering her fertility to sterile couples; in reality she is a slave forced into the reiterated and voyeuristic rape of the ruling class who needs the fruit of a rented womb to consolidate her power and position in society.