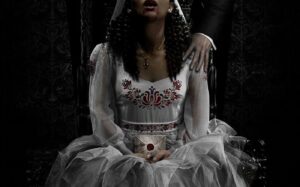 The film is directed by the director of Girlfight and Jennifer’s Body: the story centers on a person (Luke Wilson) who accepts his ex-wife’s invitation to dinner. It should be a normal evening, but as time goes by, the man realizes that the woman is behaving strangely, so much so that he suspects her behavior and that of her new friends. Production is being handled by XYZ Films.