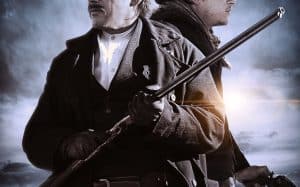 Both Rio and Sara are traumatised by the violence they have experienced, and Rio is afraid to run and not know who to trust. When she meets Billy The Kid, Rio is both frightened and excited by Billy’s scandal, which Billy cleverly tries to manipulate for his own ends. Later, when he meets Sheriff Garrett, We see how he is finally offered Rio a choice to embrace the life of a bandit or lead a righteous life. Ethan Hawke’s portrayal of Garrett is serious and complex and brings to life the story of a man with violent impulses who ultimately chooses to use his instinct to protect himself rather than harm himself.
Rio’s journey towards the man is explicitly linked to his exposure to violence and the fact that throughout the film we see male characters struggling to do the right thing. The same violence that determines the moral choice for male protagonists leads to the loss of female characters. The most developed female character is Rio’s sister, Sara, who constantly tries to navigate a violent world, which considers her an easy prey. But although Sara has the opportunity to take revenge violently, her character is not one of triumph or even evolution of the character.
This demotion of female characters is outrageous for a film released in 2019, especially because it seems likely to be a film about masculinity without reducing women to archetypes. Men in the ” Kid ” can spend a lot of time killing, but they also seem to have enough time to improve their relationship with the world.