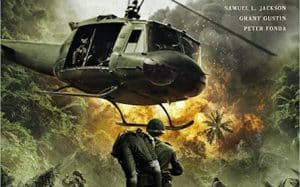 The dirty Vietnam War is once again the backdrop for a story of heroism, dark secrets and conspiracies in Era mio Figlio (original title The Last Full Measure). The film directed by Todd Robinson is inspired by the true story of William H. Pilsenbarger, a paramedic who managed during one of the bloodiest episodes of that conflict to save over 60 soldiers by sacrificing their lives.
The main actor alongside a group of famous and now elderly movie stars is Sebastian Stan, a name that we should learn about. He became famous thanks to his role as Bucky Barnes in the Marvel Cinematic Universe and participated in the film Tonya before he was My son. But soon we will see him again in the heroic role of the Winter Soldier in a Marvel miniseries with The Falcon.
It was my son spread over two time periods, one in 1966 recounting a bloody mission that occurred during the Vietnam War, and a 32 years later when a Pentagon agent, Scott Huffman played by Sebastian Stan, begins to investigate the request for a medal of honor for the paramedic William H. Pilsenbarger (who has the face of Jeremy Irvine) which was rejected despite the evident act of heroism carried out by the young man.
Huffman has the opportunity to speak with the friend of the fallen hero and companion of the mission, the role where we find William Hurt: he too with background in the Marvel movies playing the general Thaddeus “Thunderbolt” Ross. During the investigation, he also meets Pilsenbarger’s parents, who have the face of Christopher Plummer and Diane Ladd. Little by little a conspiracy emerges to prevent the heroic paramedic from obtaining his well-deserved recognition. A sinister plan to hide a terrible secret, but the investigation does not stop even if career and life are at risk.