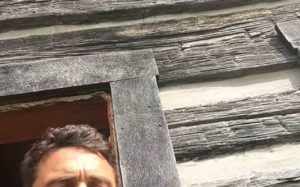 A story about coming of age set in the forties in rural Tennessee, having as its protagonist a young and stubborn carpenter who lost his father years earlier because of human evil and is forced to make difficult moral choices to deal with this pain: it will start working for a smuggler ignoring that it is the killer of his father.
Also starring the singer Courtney Love who will play Pearl.