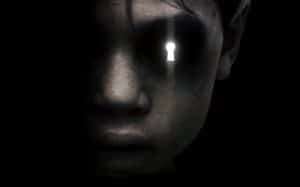 The Other Side of the Door

Maria and Michael, an American couple, fascinated by India decide to settle in Mumbai. But an accident occurs in which Maria is forced to an agonizing choice. Oliver’s son dies and the mother is overwhelmed by grief and guilt. The Indian domestic workers Piki, seeing her, proposes a solution: there is a disused temple, where they say there is a kind of boundary between life and death. Maria can go there to meet for the last time his son. however, it will have to be careful well not absolutely open the door.
Simply scroll through the filmography of Johannes Roberts to verify its association with the horror even if with non extraordinary level. On this occasion it proves that you can deal with the matter competently in a deja vu mix and originality. The deja vu is the influence it exerts Pet Sematary on the subject of the film and even in the canonical moments in which the viewer has to jump on the chair (which Roberts knows how to handle). Originality is instead identified in the setting so that you could define the film as a horror ‘Gothic-exotic’. India offers itself as a historical-natural set in a case such as that told in this occasion. Mind you: Roberts does not seem to have completed in-depth ethnographic research, however, knows how to stage the discomfort and, at the same time, the curiosity of a Westerner against an ancient culture like the Hindu and its mysteries that appear even more fascinating to an observer external.
The element of further interest is provided by the presence in the leading roles of Sarah Wayne Callie and Jeremy Sisto, known to the public, respectively for their participation in The Walking Dead and Six Feet Under. Also interesting is the debut in a feature film of the young Sofia Rosinsky. Debut that would be even more interesting if it had been dubbed with a less-than thrilling Lazio accent.