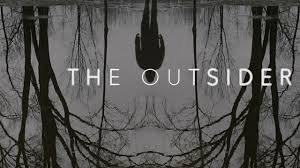 A boy is found brutally killed and abused. The evidence seems to indicate unequivocally a culprit in the baseball coach of the little Terry Maitland, yet the man was not in town when the incident happened and in fact declares himself innocent. His family also supports him, but DNA testing inevitably leads him to the process. However, further evidence and testimonies emerge that seem inexplicable and so the defense team relies on Holly Gibney, a woman touched by the impossible since childhood. Detective Ralph Anderson, an extremely rational man, would like to solve the mystery but the collaboration with Holly, open to evaluating even the most esoteric possibilities, is not difficult.

The American province, a horrible crime against a child, an Evil that seems supernatural: they are the typical elements of the best novels by Stephen King and in The Outsider they are, perhaps for the first time, really declined on TV in mature form.
Richard Price, the great New York writer who had already worked with HBO on the miniseries The Night Of and the first seasons of The Deuce, is at the helm of the difficult task. Expert in crime matters here has to deal with something that has been alien to him so far: the supernatural. The challenge turns out to be perfect because Price’s caution towards the genre is the same as the protagonists who, before coming to believe the black man, have all their resistances and need numerous tests. The Outsider is thus, first of all, not a series on Evil per se, but on the impenetrable nature of the universe.
Detective Anderson, played by a very compassionate Ben Mendelsohn, capable of speaking with just one glance, is a man in mourning for the death of his son that has never been overcome and would desperately want to believe in something. But he is also a man in one piece, of those who do not cry and want to find the strength to overcome things, to accept them with brutality for what they are. The encounter with the monster will therefore be upsetting for him, in a deeply human, painful narrative arc, capable of keeping the series well down to earth despite the more fantasy passages. Holly instead has the face of the fantastic Cynthia Erivo, among the most launched actresses of the moment, whose character could also return for a new season given the end of the series, hidden among the closing titles of the last episode. His Holly is touched by the supernatural, with traumatic effects on the psyche of the woman who behaves in an autistic way, leaving her feelings to emerge only at times and trying to be as rational as possible even in the face of the irrational.
In some ways The Outsider is in fact a speculation on the limits of reason, which reminded many of the first season of True Detective, where even the agent Rust Cohle was convinced that he was dealing with an Evil that permeated the very nature of the man and only at the end agreed to embrace the presence of light. Here you do not reach these levels of pessimism, but the tone is almost equally bleak, after all several “impossible” and frightening things happen, but always metered with extreme attention. Only the second part of the season really embraces horror and still remains confined almost entirely in the grammar of the thriller, without showing off the supernatural that is always kept in the shadows or home runs.