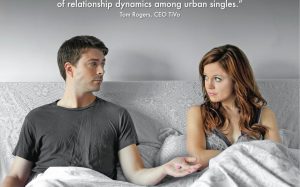 As children Luca, Luigi and Matteo have solemnly sworn not to work, ever. Almost thirty years the three hold the promise made by sharing a South Rome apartment without at productive activities, drinking liters of coffee and fuckin ‘around the kitchen table. But Louis was caught by a “midlife crisis” and tries to return to the days of high school occupations; Matthew discovers that his father placed photos on Instagram to make a change to its hydraulic creative life; and Luke falls in love with a girl that he found exciting jobs.
From Youtube to the big screen Luca Vecchi (who is also the film’s director), Luigi Di Capua and Matteo Corradini, aka The Pills, try to recreate the enthusiasm of the legions of fans who have followed their web series and their television conduction. The attempt is mostly successful, although the narrative takes quite a bit ‘to carburetor and center the basic concept, namely the assumption reversal (term chosen not by chance) that all young people would be crazy to research and disperatissima a job, preferably indefinitely. Pills instead for The work is the enemy to be avoided like the plague, corrupting consciences of unrealizable and nihilistic dreams. So anyone who is dedicated, such as immigrants, become a danger, not because they “steal the place Italians” but because it is an example of tireless productivity. Luke, however, temporarily loses his mind and becomes an occasional employment Clyde to please her Bonnie (very well played by Margherita Vicario). Will Louis and Matthew to recover it, as Michael tries with Niki The Deer Hunter?
On the positive side there is the plot, which (as of the second third of the film) is well built, smooth and fun. They work well the stage presence of Luca Vecchi and his ease behind the camera, which widens the frame rectangle from the web to the film wall through light adjustments that do not disappoint the expectations of fans but unmarked by certain mannerisms from youtuber. Negative is the difference between the cinematic appeal to old and that of his fellow adventurers, each (Corradini) marred by a great similarity with Luca Marinelli Do not be evil (film which at times that of The pills seem unintentional parody), the other (Di Capua) weighed down by web mannerisms and a drama at Nightmare before which is so consistent with his character (when supremely effective mimics of the brother of Silvio Muccino Gabriele film) but too “old” for a film that should be found in linguistic experimentation to its power lever.
It is in this that The Pills, though appreciable in its innovations, sometimes “tired”: because the ParlaParla that works on the web bored and narcissism accompanying the movies irritates. The cinematic quotations likely to draw too often flavored parody of web series. If The Pills will be careful to let the “of hacking” behind to proceed towards a fully cinematic future of their home crowd will add effortlessly even the generalist.