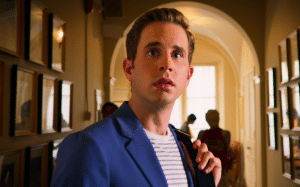 From the age of seven Payton Hobart, a wealthy student of Santa Barbara in California, knows he will become president of the United States. First, however, he is forced to face the most treacherous political arena of all: the Saint Sebastian high school. In order to be elected president of the student council, secure a place at Harvard and continue on his unique ascent to success, Payton must beat unscrupulous classmates, trying not to sacrifice his morality and the image he has built with it so much attention.