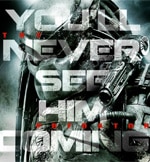 The reboot of the Predator, produced by 20th Century Fox, written and directed by Sahne Black. The director has revealed want to keep secrets, plot, and details of the film to generate a strong curiosity around the project: “I Want people to say: The Predator is coming. We have to go see it, is mysterious, interesting. We aim to this, it is virtually impossible, I know, but we will try.”