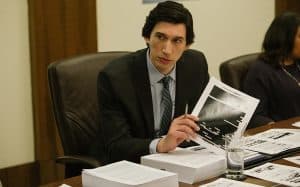 Daniel Jones has the daunting task of conducting a survey of the CIA detention and interrogation program. After analyzing numerous tests, he learns that the “interrogation techniques” – brutal, immoral and ineffective – that the CIA adopted after 9/11. When Jones and the Senate Intelligence Committee try to release the results of his investigations, however, the CIA and the White House do everything to prevent the truth from coming out.