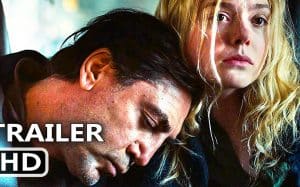 The Roads Not Taken

Leo wakes up in the New York studio where he lives alone following a divorce from his wife Rita. Suffering from a neurological disorder that reduces him to a catatonic presence, Leo receives the care of a caregiver and the visit of his daughter Molly, who puts aside the work to accompany his father to a series of medical visits. To those around him Leo appears barely aware of where he is, but inside his mind lives, lucid and pressing, other alternative lives that could have been, if the articulations and personal traumas of his existence had led him to decisions different.
Halfway between the visceral representation of mental degradation and the metaphysical momentum of parallel realities on a collision course, Sally Potter’s micro-drama tries to investigate the effects of a natural and common question: what would our life be like if we were left with a other partner, or if we had moved elsewhere?
The director of Orlando and the last The Party deals with the theme not from a rational point of view but in an impressionist key, using Bardem’s face – certainly not new to extreme and all-encompassing performances – like a canvas on which quick remorse and joy chase , pain and epiphany. However, the supreme devotion to sentimentality is fateful, which makes The Roads not Taken an inert and exclusively reactive film, like poor Elle Fanning in the role of a daughter who tries them all to bring out the father she loves from the man who stand before.
While Bardem travels in memory, visiting a Mexican landscape burnt during the celebrations of the day of the dead and a windy inn overlooking the Greek sea, aggressive sound design nails the characters in a claustrophobic and no escape New York. Suffering, never sublimated into something higher, becomes pure emotional misery not unlike that which dominated the films of Iñárritu and Arriaga in the early 2000s. With Salma Hayek and Laura Linney confined to short appearances, the dynamic between father and daughter is central, but at the same time unexplored given the absence-presence of Bardem, and it is significant that both the main actors end up acting below their capabilities.
That of unlived lives is a fundamental theme in human experience, and it is ironic that challenging it in the open field produces something so empty and tearful. Irony that was already hiding in the subtext of Frost’s famous poem of the same title, because the crossroads are basically more similar than it seems.