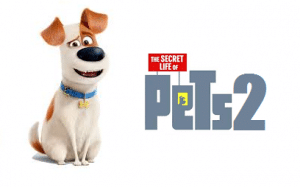 The Secret Life of Pets 2

Pets 2 – Animal life is the sequel to the blockbuster of summer 2016 that tells of our pets and how they live their days when we leave them alone to go to school or work. Chris Meledandri, founder and CEO of Illumination, and his longtime collaborator Janet Healy are back as producers for this new chapter, a sequel to the comedy that has had the best debut ever for an original, animated and non-animated film.