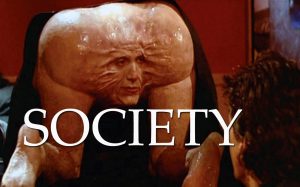 At first, the film seems to be a typical high school drama about children versus those who go too far. West Ham teenagers need to figure out how to live together.
Class President Cassandra (Rachel Keller, “Legion”) tries to take the lead between panic, setting up a chain of insecurities from her younger sister Allie (Kathryn Newton, Big Little Lies) and Harry (Alex Fitzalan) . Friendly fans like Gordie (José Julián), Becca (Gideon Adlon, “The Blockers”) and Sam (Sean Berdy) are trying to unpack the bizarre logistics of their situation. Social descendants Campbell (Toby Wallace) and Elle (Olivia DeJonge) gravitate toward each other because they will not have better options.
With the exception of a deep time jump in the season, “Society” rarely takes shortcuts, while teenagers realize what it means to build a community from the core and what the dynamics of their old world mean at the moment.