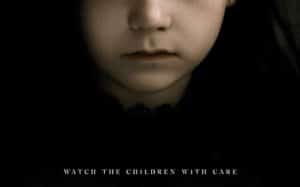 The timeless charm of the story “The Turn of the Screw” by Henry James becomes the gothic horror film The Turning, a new film excursion by the talented Italian-Canadian Flora Sigismondi, a reporter of famous video clips and more recently engaged on the set of TV series such as The Handmaid’s Tale and American Gods.

The gothic novel “The Turn of the Screw” has had numerous and fortunate transpositions both in cinema and on TV. Among the adaptations to remember the one for the small screen with Ingrid Bergman of 1959 with the title of the same name. More recently, Alejandro Amenabar and Nicole Kidman had also tried Henry Henry for the tense The Others. Without forgetting the 1972 Marlon Brando film entitled Suddenly, a man in the night, who wanted to tell the events that happened before the story of the book.

“The turn of the screw” was written at the end of the nineteenth century, while The Turning was appropriately set in the nineties, well away from the technological revolution we are experiencing but at the same time far from the scenarios of The Others which takes place in 1945 .

The film maintains the original structure that sees a young nanny, Kate, played by Mackenzie Davis hired to look after two brothers with problems, Flora who has the face of Brooklynn Prince and Miles, the young star Finn Wolfhard. At his expense, Kate will discover that the house and the children entrusted to him hide something very dark. To make the atmosphere in which the whole story takes place anguished ghost hands, spiders crawling on the face, breaths in the dark, horses in the fog but also disturbing shots and oppressive music.