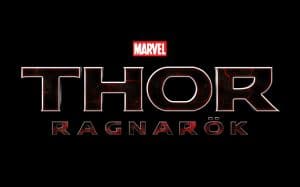 The closer we get to Infinity War and its sequel, the pair of films in 2018 and 2019, will conclude the subplots woven by Marvel Studios films in the years after the second Avengers, more begins to take shape the big plot that will involve all characters. Surely it is now evident that in this subplots mechanism not all Marvel films have equal weight, not all that bring the story forward in the same way. Thor: Ragnarok, it is known, will be one of those determinants.
Parties in the name of the disengagement, the laughter of a very addictive concept of “fun” that combines the humor to the action without taking itself too seriously, but by the rules of their gender, Marvel films, Thor and above all, They have gradually slipped into a gravitas to the same way of sagas such as Harry Potter, reading games and finished with the constant impending general idea of ​​death and the end of an entire world. Without laughter, and even looking for the sense of classical tragedy.
This time the god of Thunder, after having banished his father, Odin, in the previous film, and taking command of Asgard, will be exiled and imprisoned in turn on the other side of the Universe. From there it will go back to prevent Ragnarok, that is the destruction of his world. The tricky part is that the place where he is imprisoned by the new villain who wants to destroy Asgard, Hela (played by Cate Blanchett), is a world of gladiators where you can only go in one way: by fighting. At his side, only positive note in this long series of bad news, there Hulk. Despite last movie Thor was to show a pleasantly lighter tone than the thoughtful debut, this time it seems that you will return at a certain seriousness, a seriousness that should look much like the one shown by the series Captain America in the chapter, The soldier d ‘ winter.
There will be the obvious apocalyptic risk of total destruction, gimmick with which easily the kind of cinefumetto creates a sense of extreme danger (but increasingly resorting to exaggerations similar loses strength) and also a romantic line completely new. It is known that after the forced and unsatisfactory Natalie Portman cameo in the second film, the actress will not return in this third. There will instead be Jeff Goldblum to conduct operations on the planet of the gladiators, in a kind of reinterpretation good for the purposes of the Planet Hulk movie, the saga read comics a few years ago. In that fact the Incredible Hulk ended on another planet which took the power in his own way, exercising in full its inhuman power. In addition it is known that, to act as a MacGuffin of the film (ie the narrative pretext that serves to set in motion the events and give a purpose to the characters), it will be one of the Infinity Gems. As happened in many recent Marvel films in fact, the story of another of the precious gems is what connects Thor: Ragnarok to others and allows him to bring much on the great plot that leads us to Infinity War, that is the conclusion of all basted plots from the Marvel Cinematic Universe, the world are set and communicate the different films and TV series Marvel Studios, Iron Man in the guardians of the galaxy until the last arrived, the Doctor Strange Benedict Cumberbatch (which here will have a small role ).
It is now known that Thanos will, character very well known to readers of Marvel comics, constitutes the biggest threats or all, in what is the third phase of this strange mass that goes to the cinema and not on television but, to like those of television, it tends toward a “season finale” able to conclude all the plots, as were the two Avengers movie. The next film then again from head to lay the foundation for another major subplot.