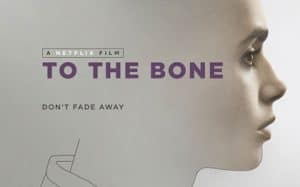 Ellen is a twenty-year-old rebel who has long been ill with a severe form of anorexia. He spent the best part of his adolescence entering and exiting numerous recovery programs, only to find himself each time with several pounds less. Determined to find a solution, her family agrees to send her to a family home led by a non-traditional doctor.
The community in Los Angeles where Ellen is sent is called Threshold (ie “threshold”) and is directed by Dr. William Beckham, played by Keanu Reeves.
Ellen agrees to spend at least six weeks in Threshold, even if she does not have a good relationship with other patients, including a pregnant woman who risks losing her son, a girl in such critical condition that she was intubated and force-fed, and Luke , a London dancer who had to give up his career after a knee injury.
Surprised by the unusual rules and fascinated by the other patients, Ellen will hardly discover how to deal with her addiction, in the first attempt to accept herself as she is in order to have a chance against her demons.