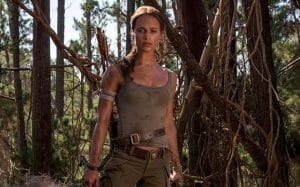 The film, produced by MGM and Warner Bros, ignores what happened in previous movies produced by Paramount and has a protagonist of a Lara Croft closest to the lead version of the latest franchise video games.
Seven years after his father’s disappearance, young Lara does not accept the paternal inheritance of an international economic empire and prefers to work as a bicycle carrier in London and attend college. Meanwhile, he decides to investigate his father’s disappearance and travel to the place where he was last seen, a tomb on a Japanese island. He will discover that the island hides a mystery that she will face solely relying on her fighting spirit and confidence in herself. Will you survive this adventure and deserve the name of Tomb Raider?