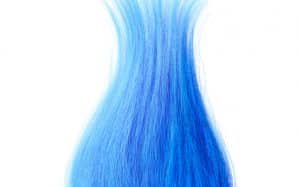 For twenty years the Trolls, the happiest creatures never before seen in the world, live in joyous celebration of their existence, away from the terrible Bergen who, not knowing the happiness, they must feed the Troll to prove intoxication. The last meeting with predators was thwarted by the heroic King Peppy, convinced that none of his subjects were to be left in the clutches of the enemy, in the day of Trolstizio: one in which the Bergen hunt for happiness. In time King Peppy made way to his daughter, the Princess Poppy, whose infectious enthusiasm driving the ranks of Trolls in endless sessions of singing, dancing and hugging. Only Branch, the only Troll devoid of bright colors, rejects the pleasure-loving philosophy of his fellows, devoured by the concern that the Bergen return. And sure enough, on the day of the celebration of the greatest festival in the world, the Branch fears come true and the Bergen kidnap a large group of Troll for food in the day of Trolstizio. It is the task of Branch Poppy and go and save: her with her driving force, he with his in-depth knowledge of an enemy so long studied and feared.
DreamWorks has turned the puppets from beloved tufted hair from the smallest in cardboard heroes, creating for them a fracassone fable that overflows psychedelic colors and pop songs. But the real engine of the film is the odd couple Poppy-Branch, english voiced by Anna Kendrick and Justin Timberlake, in Italian by Elisa and Alessio Bernabei. Timberlake, who is also executive producer of the film, has built the soundtrack with her new songs, Gwen Stefani and Ariana Grande, but the real “hook” is the hit of the past (very well translated into Italian by Fiamma Izzo, Head of dubbing) embedded within the plot as if they were narrative elements of a musical. The dialogues are quick, lively and at times politely irreverent, designed to entertain even the parents of the under-10 which are the natural audience for the film.
There is all the DreamWorks energy behind this project designed around a table to unleash the joy in the smallest, that will come out of humming room and dreaming of owning his hair untamed Troll. The enthralling Poppy, sister ideal of Joy Inside Out, is yet another example of how the animation cinema is portraying increasingly a women’s leadership, as well as the fearful Branch represents the contemporary male, paralyzed by concern for a future that he sees full of uncertainties and dangers. Their occasional ally is a cloud Councillor prankster and facetious, a classic example of “comic relief” to relieve the occasional tension of the story.
The packaging pyrotechnics that uses split screen and fast assembly alternates (wisely) a recall vintage craftsmanship in the stitching of pop up cloth scrapbooks that periodically summarize the narrative bringing it back to the past: why DreamWorks knows that no one should be left back, including parents of children who are still in their DNA a more traditional way of telling stories.