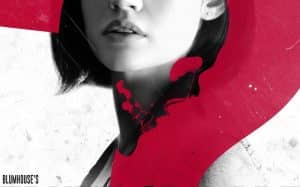 A small group of university mates decide to spend their last Spring Break in Mexico. On the last night of the holiday based on margarita and shottini the boys meet a peer who directs them to an abandoned church where they decide to play “obligation or truth”. But the game, alas, does not end with the return to university: an obscure force forces them to continue and gradually raise the stakes, forcing the boys to reveal more and more uncomfortable and painful truths and to engage in challenges that become literally matters of life or death. Will our heroes succeed in defeating the Mexican curse and bringing the skin home?
Obligation or truth is the umpteenth bet of the Blumhouse production company, specialized in low budget horror, which has successes like Scappa and Split, as well as larger (but commercially effective) works like Paranormal Activity.
Here, however, Blumhouse plays too much on the safe side, imposing the “obligation” to respect a prohibition on children tailored to the adolescent public, and respecting a narrative formula so rigidly codified as to be artificial.
There is the craft, by the director Jeff Wadlow, also screenwriter with Jillian Jacobs, Michael Reisz and Christopher Roach, and the story is followed, but the attention of the authors is more focused on the “soap” dimension of relations between the characters who criticize the tendency of everyone to hide from themselves and others the truth – the key to reading with greater horror potential – and to social media, capable of spreading every type of message in a viral (and virulent) manner. The most interesting genre concept, especially by Blumhouse Productions, is to convey the deepest concerns of the contemporary through horror, describing in a metaphorical form those dynamics that escape the narrative narrative.