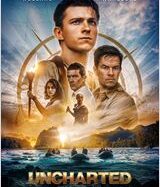 From an early age, orphan Nathan Drake has cherished the dream of traveling the world and experiencing fantastic adventures in search of hidden treasures with his older brother Sam. After getting into trouble trying to steal the oldest map of the known world, drawn after Magellan’s expedition, Sam goes into hiding and leaves Nate alone and lost. Fifteen years later Nate, who has become a barman, is approached by Sully, a mysterious adventurer and friend of Sam, who convinces him to go on a crazy and reckless mission: to recover Magellan’s lost treasure. On the trail of the legendary stolen goods, however, there is also Santiago Moncada, unscrupulous billionaire and descendant of the Spanish family who financed the explorer’s journey in the 16th century.
To solve a historically complicated matter such as the transposition of a video game on the big screen, Ruben Fleischer and Sony Pictures rely on the star of the moment, that Tom Holland who in 2022 broke the box office wearing the Spider-Man costume (in Spider- Man – No Way Home).
The film is a sort of prequel to the videogame saga, which has become a Playstation classic, which draws some elements from adventures dear to exegetes – especially from episodes 3 and 4 – to build a story on the genesis of the hero and his pre-adolescent traumas. . Holland proves to be the ideal face and body for his innate ability to mix humor and action, without ever taking himself seriously or appearing as an infallible superhero. But to bring Nate to life, the actor uses tricks of the trade already extensively experienced in Marvel films, to the point that watching Uncharted one would sooner or later expect Holland to pull out his tights or throw a few cobwebs on the ceiling.
Overseas they call it typecasting, a phenomenon in which an actor always ends up being cast for the same role, but Fleischer does not seem worried by this trend, since even Mark Wahlberg’s Sully seems to be a spin-off of the typical action heroes embodied by the actor. for Michael Bay or Peter Berg: a mix of muscles, laughter and a good heart.
If the digital effects and the use of green screens prove to live up to the high expectations of the fans of the saga, especially in the acrobatic sequences of the airplane and the galleons transported by helicopters, what is missing is the amalgamation between the components and the influences. of the film and the chemistry between the characters.