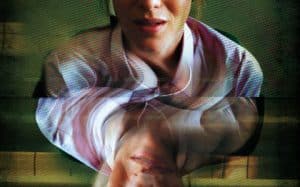 Sawyer Valentini is a young woman, a stalking victim, who leaves Boston for Pennsylvania looking for a new life. But the new job is not the fascinating opportunity that was expected, in the new city never feels safe, the past pursues it. So he decides to consult a specialist, but will involuntarily undergo treatment at the Highland Creek Behavioral Center. In the psychiatric clinic he finds himself face to face with his greatest fear: but is it real or only the fruit of his mind? No one seems to believe his words and in the face of authorities unable or unwilling to help her, Sawyer is forced to face the ghosts of the past by herself.
Unsane is a thriller with changing perspectives and a shocking narrative that investigates the perception of reality, the survival instinct and the system that should take care of every individual.
After Magic Mike and Ocean’s 8, Steven Soderbergh returns to feminine introspection and to themes like mental insanity. “The simple fact of having a woman protagonist makes any story more dramatic, they have obstacles to overcome that do not have men,” says the director of Side Effects (2013). A story as disturbing as likely, Unsane tells in a realistic way what happens to many women victims of stalking. Soderbergh explores the psyche of a person who lives in fear of his aggressor, forced to give up his lifestyle and way of being to protect himself in the shadow of anonymity that is not always so secure.
Through the psychological drama of Sawyer Valentini, played by a brilliant Claire Foy (Golden Globe for his portrayal of Queen Elizabeth II in The Crown), Soderbergh makes us penetrate into the unconscious of an irreversibly traumatized person. There seems to be no way out once life has been invaded, marked, wounded. The thriller becomes claustrophobic as the walls draw closer together and the shots narrow.