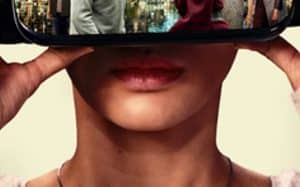 A new science fiction comedy set in a technologically advanced future where hologram phones, 3D food printers and automated supermarkets are the norm. But the most special thing is that humans can choose to be “loaded” into a virtual afterlife as they approach death. The series follows the adventures of a young app developer, Nathan Brown (Robbie Amell), who ends up in hospital for an accident in a self-driving car and must quickly decide his fate. After a quick thought, taken with his superficial girlfriend Ingrid (Allegra Edwards), he decides to be loaded on the luxurious afterlife of his Horizen Company’s “Lakeview” parents. clients Nora Anthony (Andy Allo), who is initially his charismatic guide but quickly becomes a friend and confidant who helps him navigate the new digital extension of his life.