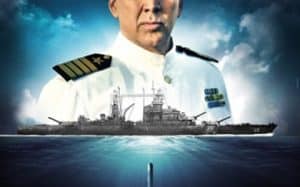 In 1945, USS Indianapolis, led by Captain Charles McVay (Nicolas Cage), handed over the two atomic bombs that will be used to attack Hiroshima and Nagasaki during the end of World War II. While patrolling the Philippine Sea on July 30, 1945, the ship is then crushed and sunk by a Japanese submarine. 300 crew members quit the ship, while the rest climbs out and stays in the sea for five days without either food or water, in the shark-plagged waters.