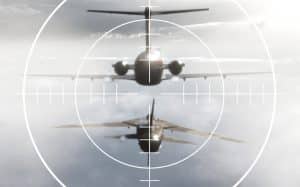 27 June 1980. A DC9 of Itavia company disappears from the control radar screens without reporting any problems, and it sinks in the Mediterranean Sea between the islands of Ponza and Ustica. The victims are 81. Among them is the little daughter of journalist Roberta Bellodi. A deputy, Conrad of Acquaformosa, nominated in the parliamentary committee of inquiry on the incident decided not to accept preconceived thesis on the incident. At his side is his wife terraced Valja but both will not have an easy life.
Renzo Martinelli aside (is to be hoped permanently) movies pamphlet ideologically oriented against Muslims or in favor of Padania mythical and returns to the movies he does best. Back ie to take care of the dark areas of the country’s history as he had done with rigor in Porzus and Vajont and with some more cumbersome in Piazza delle cinque lune. The screenplay is the result of a research effort lasted three years supported by two aeronautical engineers who examined thousands of documents related to expert reports and testimony. This resulted in a film in which the fiction is still stubbornly to irrefutable documents.
Precisely for this reason the director, who has always had the patience and the professional ability to find funding for his projects, had to struggle hard to put the production together. Because this really is an ‘inconvenient’ films but finally not because the force on the accelerator pedal of the argument ‘against’ uploading consequently the characters, but because it fits with dignity in the lodging of the complaint in Italian cinema that has made school in decades long gone and that seemed to have paid off in some measure. Here, too, one of the protagonists is a journalist but the key does not have anything to do with The Wall by Marco Risi. In this case Martinelli, as is his character as a director, has set itself the goal of creating a deep breach that wall, stronger even more abundant than two decades after the events than the films of 1991. The thesis, which should not be anticipated, it removes the assumptions thus far advanced and it does thanks to a narrative linearity that has the aim to ensure that even the less experienced viewers understand how the handling operation of the public opinion has been stubborn and unscrupulous. Someone will think that this is a defect which vitiated the investigation rigor with the style of the Italian fiction from prime time television. The risk is there but in this case it turns into a virtue: the complaints reserved for the inner circle of the already convinced they leave the time they find. Those who turn to the widest possible audience in fact state their desire to pool the knowledge and thereby meets with fullness to their task which is to the search for truth is not convenient.