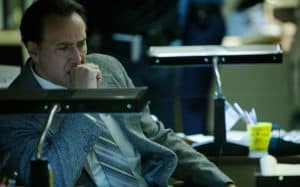 The film is set in Canada, Niagara Falls, on July 4, 1996. Shortly after midnight, crossing the city park after the evening’s festivities, Teena Maguire and twelve year old daughter Bethel are attacked by a group of boys. While the woman undergoes a brutal sexual assault, the girl manages to hide and to save themselves. Teena ends up in a coma and as soon as he recovers begins to fight for justice but the culprits are acquitted. The police officer John Dromoor decides to avenge the woman.
The film is the second feature film directed by actor Nicolas Cage after Sonny (2002) with James Franco. Based on the novel “Rape. A Love Story,” written in 2003 by Joyce Carol Oates, the film version is signed by John Mankiewicz (the TV series House of Cards).