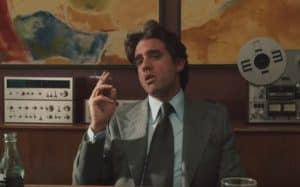 The HBO TV series tells the story of Richie Window (Bobby Cannavale), founder of American Century Records. At the beginning of the 1970s, now at the brink of the financial precipice, he tries to survive by selling the company to the Germans of Polygram.
The series is directed by a number of directors, including Oscar-winning Martin Scorsese, who has performed the pilot episode. In the work group there is also Mick Jagger, the leader of the Rolling Stones, who produced and wrote Scorsese’s direct episode. The idea of the series was born more than twenty years before: Scorsese and Jagger never stopped thinking about it and managed to achieve it in 2015. Inspired by real events, Vinyl is inhabited by fictional characters representing the various aspects of the music world , Also addressing the theme of exploiting musicians and copyrights.
In the sixth episode there is also a cameo by David Bowie.