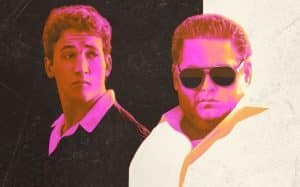 David Packouz ekes out a living doing the massage therapist in Miami, after they have gone bad a series of affairs. Efraim Diveroli, however, his best friend from school, has a bank account with six zeros. When his wife becomes pregnant, David accepts the offera’s to become his partner, none other than the international arms sales. It is the era of George W. Bush and the government, to answer charges of favoring a few usual customers, it opens the doors of the auctions on military contracts to small traders. Ephraim and David are small but open-minded enough and begin to accapararrarsi a contract after another. At least until you try the chew.
Todd Phillips, director of male friendships and characters from the ideas that far outweigh the chance of putting them into practice, rightly saw in the true story of David and Ephraim a suitable bite to his palate. The surreal adventures of two in their early twenties who have convinced the Pentagon to arm the entire US military in Afghanistan, without the slightest knowledge of international politics and, ultimately, without the slightest scruple, had been told by Guy Lawson in an article in Rolling Stone (Arms and the Dudes) and, in the words of Packouz, looked like a stunt, something that would not last for ever but that sounded like an unmissable opportunity. Phillips, therefore, adopt this particular point of view and takes the unsuspecting David and the craziest Ephraim in what appears the land of toys.
The return of the director in that of Las Vegas, where he made his fortune with the trilogy of The Hangover, is an emblematic moment: dressed in suits and ties, the two boys to Miami Beach approach the largest global arms market like the Comic-Con and their work like a millionaire roulette bet. When someone asks them for what is the abbreviation for the Company, A.E.Y., Ephraim says light-heartedly that it is not for nothing, “does not mean anything, but it looked professional.” This is what he saw Todd Phillips: a story that “looked like a movie,” an adventure outsized, where reality stops at a certain point, the whistle of live ammunition, to disturb the ecstasy of two young drunk (not only to alcohol but especially of money).
Less fun of Phillips raids earlier in the demented cinema, traffickers let to speak the language of the play are the bodies and interpretations of Jonah Hill and Miles Teller, and between the lines reveals a more explicit critique of the usual mix that binds stupidity and greed. In this way, however, the tone becomes turbid; his characters are no longer cute, colossal idiots, but they carry in them a dose of cunning negative (Diveroli in particular, the other is sanctified to the victim), while writing and directing are not structured enough to hold the hybrid drama and comedy, and the film loses some height, landing further back than where he could get.