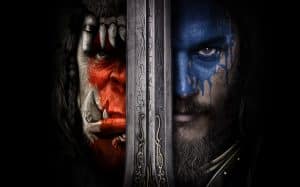 The kingdom of Azeroth live in peace for years, under the benevolent rule of the human King Llane and his wife – the sister of the king’s most faithful warrior, Lothar – and under the protection of the council of the Kirin Tor and Medivh, the kingdom Guardian and its most powerful wizard. Now, however, Azeroth is dangerously threatened by the invasion, through a dark portal, the orcs of Draenor, brutal creatures born to fight and controlled by the cruel Gul’dan shaman. Among them, only Durotan, loved and respected leader of the Clan of the White Wolves, is willing to go against the tyrant to end its frenzy of destruction. At any cost. Even if to do so it will have to seek the alliance of men.
The human figures that since its launch, bought the software and open an account to get into the “World of Warcraft”, in its first and subsequent outputs, is breathtaking: a tough crowd to display, just like the horde of orcs of the film, and a phenomenon with multiple roots, linked in turn to a universe of thought to split in two and full of prejudices. Who are the users of Warcraft, a horde of sociopaths frustrated or an alliance of creative, healthy interpreters of digital globalization opportunities? The film comes as a universal answer: in the darkness of the room you will be able to sit the one and the other, viewers of all ages, virtual players, and for biblical scholars (the son of Durotan is put by his mother in a basket and entrusted to your bank as Moses, waiting to play a key role in the next chapter of the saga), meeting and pacified in the fantasy name and its nature powerfully allegorical.
The orcs that crowd the entrance to the magical portal to the other world, after their were destroyed by the policy of a thirsty dictator with blood and power, are in fact people of today and of all time, that spells ILM’s graphic and 3D glasses allow you to see in more dimensions: from afar as indistinct herd prey to tribal traditions and noisy, and near, as more than ever anthropomorphic beings, the ethos of which is often stronger than that of men themselves .
Duncan Jones, a specialist in horse stories between two worlds, became deeply involved with the blockbuster with moderate success, looking much more towards The Last Airbender that the creatures for Peter Jackson and guessing perfectly cast, from Travis Fimmel in the shoes Lothar.
A war without good or bad, where violence is the same assumption and conviction, a last resort and only alternative. Jones favors the narrative urgency with great sense of rhythm and does his best to pave an emotional path recognizable in the field too vast, monochrome and chaotic that is background to the Orcs. It is not that the beginning of the saga, then the narrative priorities are many and the space for the shades tight. The major drawback of the film is in fact in the traditional and predictable nature of the frame joints and you have the feeling of seeing what needs to happen before you start the fun part. Fortunately, not everything is back: around the characters of sore Lothar, the half-breed Garona and Khadgar, the apprentice guardian, takes a prominent film within a film can get passionate enough until the time runs out.