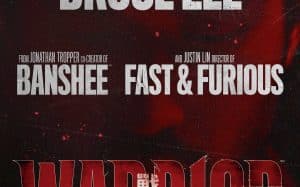 The frame of racism and racial oppression is ubiquitous from the opening scene when Ah Sahm (Andrew Koji) descends from the San Francisco boat and beats three bulls from the dockyard that push the incoming Chinese. What is historically justified or necessary, however, can become monotonous, in dramatic terms, when presented in impressive and obvious ways.
And there is a cognitive dissonance between the show’s racial consciousness and some of its attributes closer to Cinemax, such as the constant nudity of Asian actresses. Every speech role for a Chinese woman is a prostitute, a lady or a concubine, and even lead actresses completely shed their clothes.
And Cinemaxax should not come as a surprise, since “Warrior” is a project pushed by the Lee’s daughter, Shannon, and director Justin Lin – is, first of all, the writer and producer Jonathan Tropper. “Warrior” shares some of the show’s propulsiveness and energy, but lacks its conviction and sense of place, in part because of the artificiality of ancient San Francisco, recreated on elaborate African sets from South Africa.