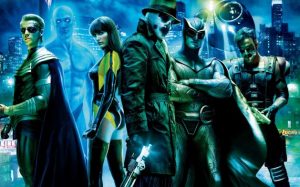 Producer Damon Lindelof (Lost, The Leftovers) selects potentially controversial subjects for his shows. This time he tries his hand with the graphic novel of cult signed by the vate of the comic Alan Moore, who had already expressed little appreciation for the film adaptation of the director Zack Snyder.
Watchmen is the ucrony of the recent American history, where the presidential elections of Nixon and Vietnam have gone differently and the superheroes really exist but are always benevolent.
The series, produced by the award-winning channel Hbo, will not, in the words of Lindelof, nor a reboot, nor a sequel, nor the transposition of the original, but a sort of “remix” with known characters and other unpublished.